‘Oh, they are salt of the earth,’ we often say when we are referring to a person who is straightforward, honest and without guile. Another common saying in the same vein is ‘what you see is what you get’. In today’s reading, Jesus’ description of his disciples as ‘the salt of the earth’ would have struck a chord and meant something very specific to his listeners.

In Jesus’ day salt was a valuable commodity. In order to preserve food from decay in the heat salt was applied as a preservative. It also served to enhance flavour of the food. The ancient tradition of salting the sacrificial offerings denoted a purifying function. It was perhaps for this reason that new-born babies were rubbed with salt to denote purification of the addition to God’s people and as a reminder of the covenant. 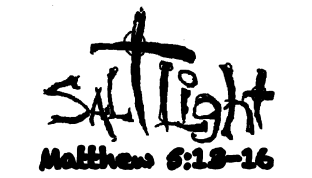 Those who heard Jesus speak would have understood the meaning and tradition behind the idea of being ‘salt of the earth’. In the same way as salt prevents decay and corruption, so the witness of Spirit-led Christians protects society from decay and corruption. It also adds much needed flavour to society. And, drawing on the idea that too much salt in our food can make us thirsty. St. Augustine once wrote: ‘O Heavenly Father, you have put salt into our mouths that we may thirst for you.’ The work of the Holy Spirit id to create within us a thirst for the things of God: for union with God, communion with him and for grace to live a life which is holy and pleasing to him. When Jesus said ‘I thirst’ from the cross, his thirst wasn’t just physical, it was spiritual – God thirsts that we come into his presence as we long to come into him.