Discussion about whether or not a country should have a monarch can be very divisive. There are many and varied views on this subject, with some being very pro the monarchy and others being very anti, even when a king or queen has limited powers under the constitution. The Christian, however, has a King. 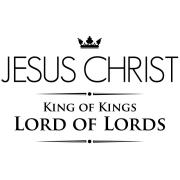 Jesus is King and today we celebrate the feast-day of Christ the King.

When we think of the kings and queens of old, we tend to have a picture of those who lorded it over others, insisted on their word being absolute and held power of life or death over their subjects. History is, of course, littered with monarchs who abused their power and privilege, such as King Herod (the slaughtering of the innocents) and King Henry VIII (his many wives) to name but two. Our King Jesus, however, turns the ideas of kingship on its head because he is the Servant King. In this connection St Cyril of Alexandria said: ‘Christ has dominion no seized by violence or usurped, but by his essence and by his nature.’

God’s plan form the very beginning was that the Son would reign over us as our Lord and our King. Tradition informs us that Lucifer and his realm were the first to reject God’s plan and refused to bow down before Jesus. We, seduced and led astray by this very same Lucifer (more commonly called Satan or the devil), also rejected and rebelled against our good Creator. God’s plan was thwarted, but, since nothing can prevent God’s will unfolding, the very One who was to be King came instead as our Saviour. Scripture testifies that a time will come when all will bow before Christ the King and declare, ‘Long live Christ the King!’

Today we dedicate our lives to Christ our Lord and our King, who taught us that in serving the poor, the weak, the hungry and the marginalised of this world we are serving them.